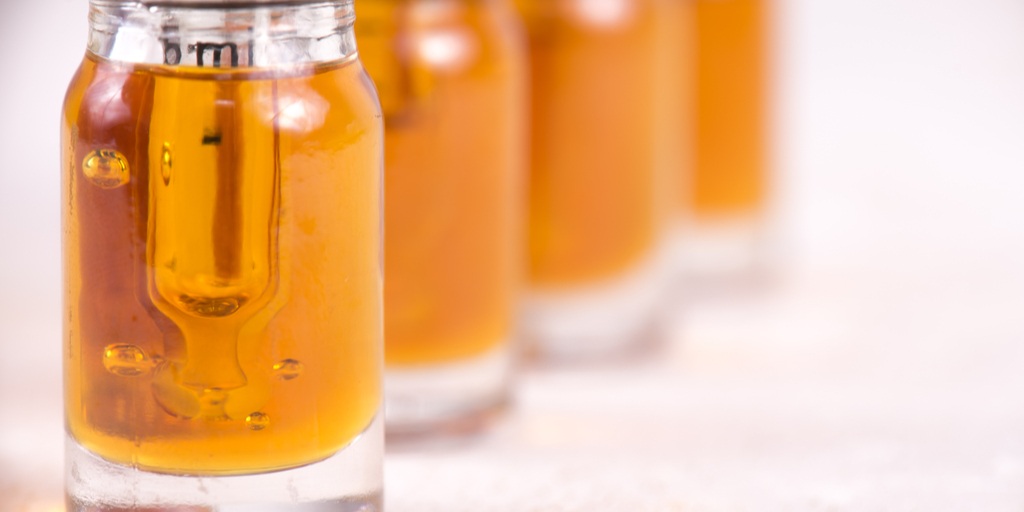 CBD Oil: A Cure for Depression?

CBD is a phytocannabinoid which helps to stimulate the regulation of the central nervous system. CBD, therefore, helps supplement the effects of endocannabinoids in regulating appetite, mood, functions of the immune system, sensation, and keeping our bodies working normally. CBD oil is made from hemp plants and can be purchased legally in the United States. CBD is available in different forms such as tinctures, concentrates, capsules, sprays, tapes, and topicals.

Most times, people interchange CBD for tetrahydrocannabinol (THC), another cannabinoid found in the hemp plant. Both of them represent the commonest compounds found in the plant. However, they have numerous differences.

THC, unlike CBD, is intoxicating causing a high and euphoria. It is responsible for the “high” felt by marijuana users. CBD, on the other hand, is not a psychoactive substance as it does not act via the same biological pathways in the body as THC.

Although, CBD oil has not been approved by the FDA for the treatment of any condition, there have been several studies demonstrating some of its health benefits:

Does CBD Get You High?

According to a recent report by the World Health Organization (WHO), CBD is not addictive and it has no potential for abuse or dependence. This is mainly because CBD does not contain any addictive substances, in contrast to THC and some cannabinoids which contain such and are, therefore, capable of being addictive.

There have been extensive reviews on the toxic potentials of CBD and reports have revealed that CBD has a relatively low toxicity. It has been found to be safe with little potential for adverse effects. CBD was found to have no effect on fetal development and other bodily functions. Generally, CBD does not produce the adverse effects seen with THC and other psychoactive cannabinoids. However, reports demonstrate that some reactions may occur as a result of its interactions with other drugs co-administered with it.

How Could CBD Help with Depression?

CBD has been found to be effective in the treatment of depression. While CBD does not cure the condition, it has been linked to improvement of the symptoms.

The cannabinoids produced in our bodies (endocannabinoids) help to regulate several functions of the body such as mood, pain sensation, sleep, and appetite. These substances exert their actions by binding to specific points of brain cells called the receptors through which they potentiate the actions of a substance called serotonin which acts to improve mood and reduce stress levels. Serotonin also acts by binding to its receptors in brain cells. When these chemical substances bind to their respective receptors, they trigger a series of events within each brain cell stimulating processes that improve mood and stress control.

CBD has been found to help improve depressive symptoms by modulating the actions of the endocannabinoids and also potentiating the effects of serotonin by enhancing the activity of the receptors unto which serotonin binds.

CBD oil is available in several forms including tinctures, capsules, concentrates, and topical forms. However, it is most commonly administered orally. It is important to note that CBD is most effective when used regularly in maintenance doses, though it may be used for treating acute flare-ups.

In the management of depression, CBD oil may be taken in the tincture and capsule forms. Individuals with depression can begin with a dose of 5 to 10mg daily until the desired results are achieved. Gel capsules of CBD are available as 25mg per pill and it is safe to begin at this dosage as CBD has a good safety profile. The effects of CBD lasts several hours after a dose is ingested and most persons report feeling better for up to 24 hours. However, you will only begin to notice these improvements after 90 minutes of ingestion of CBD oil.

For managing acute flare-ups, it is best to vaporize CBD isolate for fast relief of symptoms. However, the maintenance dose should not be discontinued. Although you may also use the ingestible forms of CBD in treating acute flare-ups, these, generally, have a relatively longer onset of action.

Generally, it is recommended that you consult with your physician before starting CBD oils to prevent drug interactions and exacerbations of any medical conditions you may have. Also, do not discontinue or start any drug while using CBD without consulting your physician.

CBD oil is generally safe to use with minimal risk of adverse effects. Side effects may be seen when high doses are taken. Some studies have revealed that if taken at high doses, it may cause a weakening of your immune system. However, the main concern with the use of CBD is the risk of drug interactions, therefore, it is recommended that you consult your physician before using CBD oil.

Bottom Line: Can CBD Help You?

CBD is one of the naturally occurring chemical substances found in the cannabis plant and though the stigma associated with the psychoactive counterpart, THC, has rubbed off on it, it has been shown to have immense health benefits in treating conditions such as anxiety, depression, mood disorders, and inflammatory diseases. CBD oil helps to significantly improve depressive symptoms and the individual’s quality of life. However, it should be noted that CBD does not provide a cure for the disorder, but leads to a better quality of life for the patient.

Our CBD tincture oil is as pure as they come and versatile, our CBD  tincture liquids can be used to create topical pain relief creams or taken orally. Finished with an eye dropper, which makes the fluids easier to administer. Dispense a few drops in your morning smoothies, oatmeal or baked goods. You will feel that carefree relaxation that these CBD tincture liquids deliver.

At JustCBD, We firmly believe that purer is better, which is why all of our oils and concentrates are manufactured in their purest form. Produced in the USA using nothing but the finest quality ingredients, our CBD oils are all proven to be as potent as possible. By being honest about what goes into our extracts, we hope to gain your trust. Our team is fully committed to providing you with premium grade cannabis goods for both recreational and medicinal purposes.

Shop our selections to discover the world of gourmet CBD, edibles, doobie rolls, CBD concentrates and flavored terpenes. Whatever it is you crave, you’re bound to find it here at JustCBD.